I’ve been watching contest shows a lot lately. It’s very interesting to see how some people handle the pressure of competition.  I’m not talking about so-called “reality” shows where most of the drama is contrived by the producers and heightened by the editors. I’m talking about the real contest shows like cook-off shows and The Voice and even Dancing With The Stars.

You see some of the contestants come in with a clear edge, only to fold under the pressure.  You see some who look like they don’t stand a chance, yet step up and shine. They are filled with doubt and fear and what sometimes seem to be overwhelming obstacles and they often outlast the other competitors with nothing … Read the rest 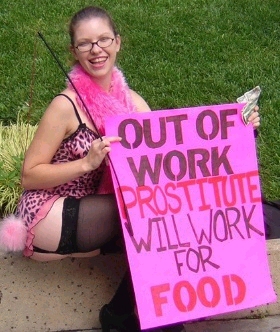 Does the economy really suck?

I was listening to a radio talk show and one of the hosts was talking about her son being home from college and how he was having trouble finding a summer job. Many people called in telling about how they or their children were finding work. One told of how he had just been in Aruba and he’d found out that all the Caribbean islands were hiring overseas kids for their resorts, and that there was plenty of work. The host said she didn’t want her son working so far away. The other host jokingly asked how she would feel if he got a job at an adult book store novelty shop. She said she … Read the rest